Guigzzz is 33 years old, a child, and a few good and bad stories on his way.
He just wants to say out loud what others don’t know, without the courage or the words how to say it.
He has participated in several collaborations and different trainings that have made him what he is today.
He likes to play several musical styles and vary the universes.
He often says that music is like in a romantic relationship, it’s passion then disappointments, joys and sorrows but no regrets, just an apprenticeship that forges us over time.
and his first love remains his guitar which follows him everywhere and with whom he composes most of his songs, he likes simple things, in life as in music, no superfluous chatter nor too much effect.
Simply being yourself is what he wants to be and who he is. If Mr. Everyone listens to his songs, he might recognize himself because maybe that’s him he’s talking about. 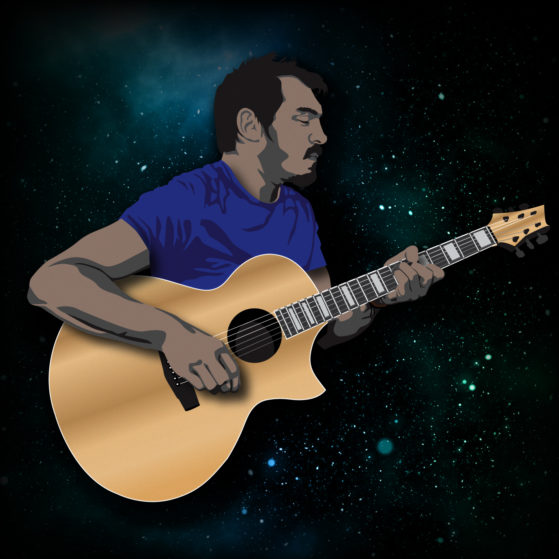