Melvin Travis is a charming singer with a baritone and velvet voice. It is appreciated for his performances in different styles: jazz, blues, gospel, soul, funk.

He trained at the Black Music School in Paris, a school specialized in learning African-American music.

He then worked on jazz performance with Michèle Hendricks, daughter of the great Jon Hendricks precursor scat with words.

Then Mister Melvin perfected his style at the G.M.W.A international jazz and gospel convention in New Orleans (USA).

His talent has allowed him to share the stage with renowned artists such as Michèle Hendricks (jazz), Derek Martin (soul), Jean Carpenter (Gospel) to name a few.

His voice and stage presence have illuminated prestigious events such as the birthday of Yves Piaget, the illustrious Swiss jeweler and the wedding ceremony of Michel Leeb

(comedian and comic French) in the presence of Prince Albert of Monaco, as well as in other beautiful places.

Each year, he has the honor of being invited to many festivals in France (Nice Jazz Festival, Jazz in Paris – Méridien Etoile, Blues sur Seine

Melvin is not only a great singer who communicates his emotions to his audience but he is also a composer, author and singing teacher.

So let yourself be charmed and transported by her incredibly deep and fascinating voice. 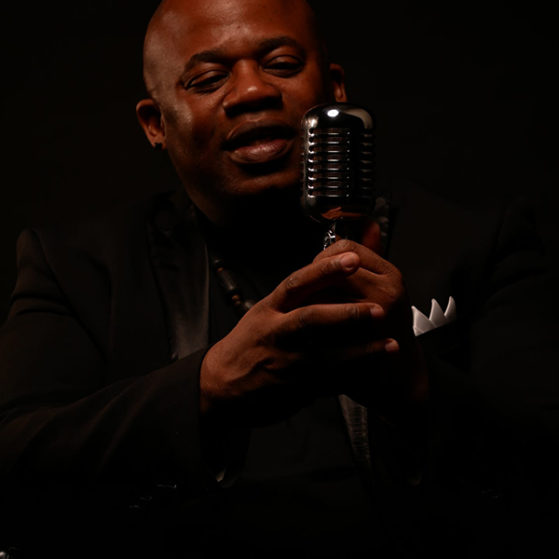